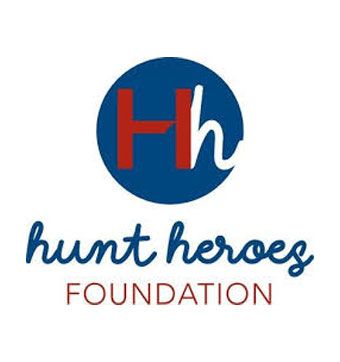 "I am completely blown away by the generosity of our supporters," stated John Ehle, HMC President. "Their generous donations will allow the foundation to offer more help and assistance to organizations that directly impact military members and their families."

HHF received donations from the following companies as part of the gala:

In addition, HMC employees raise more than $8,000 through the silent auction and raffle. Many of the auction items were also donated by employees. As a commitment to our partnership, 10% of all donations received at the gala were directly given back to Stop Soldier Suicide, the first national, veteran-founded-and-led 501(c)3 nonprofit focused on military suicide prevention. In addition to Stop Soldier Suicide, money raised will continue to support wear blue: run to remember as well as the new scholarship program recently launched by HHF.

"When we first began the Hunt Heroes Foundation our goal was that we would give back to organizations that directly support military members and their families and the communities where they live and work," continued Ehle. "We were optimistic that year after year we would grow and be able to give back more and more. In just one year, we have done just that. We are looking forward to what this year brings."

For more information on the Hunt Heroes Foundation, or to donate, go to huntheroesfoundation.org

As the largest owner of military housing in the nation, Hunt Military Communities offers unsurpassed quality and service to more than 200,000 residents in over 52,000 homes on Navy, Air Force, Marine Corps, and Army installations throughout the country. With a 50-year legacy and a partnership with the Department of Defense, Hunt strives to build communities characterized by three clear promises: 5-star service, connectedness, and a culture of trust. For more information, visit www.huntmilitarycommunities.com.

As a Hunt employee, you will be helping our organization build value—and as your employer, we'll be committed to helping you build value, both personally and professionally. If you are talented, energetic, and customer-service oriented let's chat!